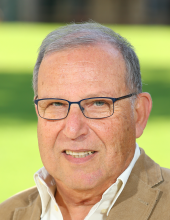 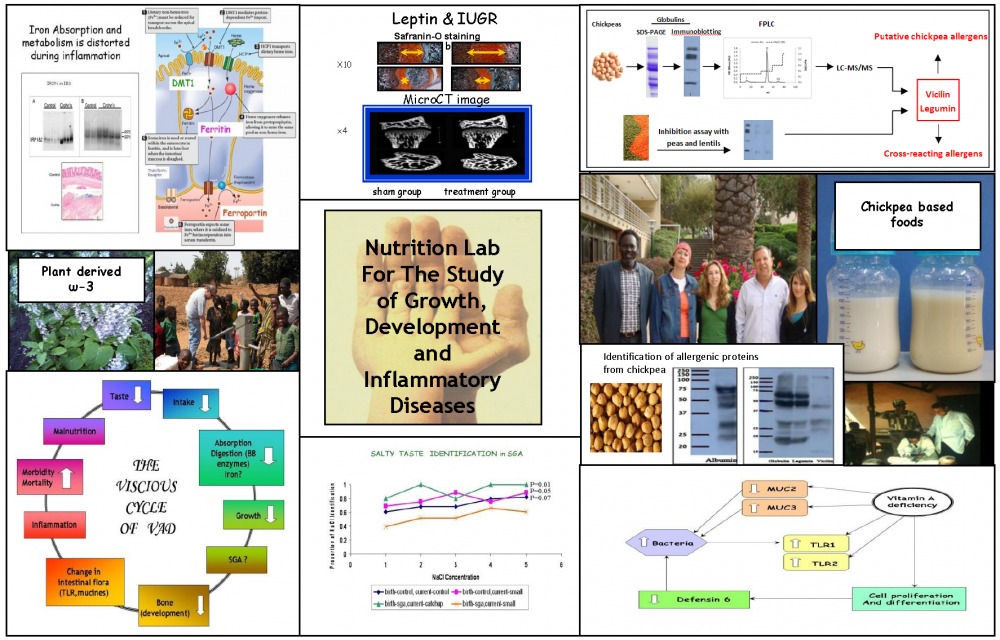 As part of our studies focusing on Intra Uterine Growth Retardation we look at the hormonal axis in various models of IUGR. In the in vivo model leptin receptor is expressed thus allowing further studies of the mechanism of action of leptin in bone and chondrocytes. The studies focus on bone and growth plate growth in IUGR in utero and post partum in respond to leptin status. Leptin activity is also investigated in the group of IUGR children along their adolescence to distinguish between those who perform a catch up growth and those who remain stunted.

Vitamin A and its derivatives have been shown to regulate the growth and differentiation of gastrointestinal epithelial cells; in addition, vitamin A deficiency has been convincingly shown to be associated with increased susceptibility to infection. The gastrointestinal mucosal barrier, which is a component of the innate immune system, is considered the first line of defense, as it provides a barrier between the external environment and the internal milieu. A disturbance in the integrity of the intestinal epithelium is one of the main factors involved in increased incidence of infections during vitamin A deficiency. In this study, the effects of vitamin A deficiency on microbial ecology and the expression of genes related to the intestinal mucosa\'s innate immunity were examined in a rat model. Using the 16s rDNA method, we demonstrate that a vitamin A-deficient diet increases the total amount of bacteria in the gastrointestinal tract, and alters the intestinal microflora: Results show a decrease in the relative proportion of Lactobacillus spp. and the simultaneous appearance of Escherichia coli strains. Lack of vitamin A significantly changed mucin dynamics, as reflected by the enlarged goblet-cell \'cup\' area relative to controls, decreased MUC2 mRNA expression in the jejunum, ileum and colon of VAD rats, and increased MUC3 mRNA expression in the ileum and colon of these rats. In addition, vitamin A deficiency down regulated defensin 6 mRNA expression, while upregulating TLR2 and 5 mRNA expressions. The current study indicates that vitamin A deficiency interferes with the integrity of the gastrointestinal mucosal barrier.

Infant formulae formulations have changed over the years to improve digestibility, the stability and availability of minerals, and protein quality. Non-dairy based infant formulae have been developed for infants allergic to cow\'s milk-based formulae are almost entirely based on soybeans. To date, soy-based infant formulae account for about 25% of the infant formulae sold. Numerous concerns have been raised regarding the phytoestrogenic isoflavone content of soy-based formulae. The daily intakes of isoflavone values found for infants fed soy-based formulas have been from 1.6 to 6.6 mg/kg of body weight. The daily exposure of infants to isoflavones in soy-formulas is 6-11 folds higher on a bodyweight basis than the dose that has hormonal effects on adults consuming soy foods, whereas the contribution of isoflavones from breast-milk and cow-milk is negligible. The safety of soy for infant feeding is thus highly questionable. The new developed chickpea-based infant formula contains no phytoestrogenes at all, and therefore may offer a safer and healthier non allergenic non-dairy (vegetarian) formula. We are now in the midst of pilot plant experiments to determine the optimal conditions, test allergenicity and safety of the formula.

Crohn's disease is an inflammatory bowel disease that causes transmural inflammation of the gastrointestinal mucosa and is often accompanied by anemia. Treating this anemia with oral iron supplementation is usually not well received and accumulation of reactive iron and elevated oxidative stress markers were found in the inflamed tissue of CD patients. In addition, in animal models of inflammatory bowel disease, iron supplements have aggravated the inflammation.To determine the mechanism of iron accumulation in inflammation, we hypothesize that activation of the cytosolic iron regulatory protein \(IRP\)1 generates upregulation of the iron importers transferrin receptor 1\(TfR\) and divalent metal transporter 1 \(DMT1\) and downregulation of the iron storage protein ferritin. We therefore compare the IRP1 and IRP2 RNA binding activity from biopsies of CD patients to non-inflamed controls and found IRP1-RNA binding activity elevated in patients. In agreement, levels of ferritin, one of the IRP regulated proteins were decreased, and we can mimic this IRP1 mediated misregulation of iron homeostasis in an intestinal epithelial cell-line. We further postulate that perturbation of iron homeostasis leads to the accumulation of iron in the inflamed tissue and the generation of reactive oxygen species, which will further worsen the inflammation.

We examined salty taste and smell senses of Small for Gestational for Age (SGA) children Vs controls.
Change in salty taste: 27 AGA and 27 SGA children were studied. Groups were further subdivided to those who remained small (22 SGA, 8 AGA) and those who are currently normal (5 SGA, 19 AGA). Identification of a salty taste at any concentration of sodium chloride was considered a right answer. Any other answer,i.e. sour, bitter, sweet or tasteless, was considered a wrong answer. Among the four groups, the frequency of salty taste identification was lowest among the SGA children who had remained small as compared to SGA children whose height was > 10th height percentile ( p<0.01) and to AGA children who had remained small (p< 0.05) The difference between the small SGA and normal AGA groups was not significant (p=0.07). We found that the salt recognition differences between small and normal children change with correlation to their birth weight (p=0.0001).

Food allergy is a common cause for medical consultation. Chickpea, an abundant legume-crop in Mediterranean and Asian countries, is considered a good source of high-quality protein. Despite the intensive research devoted to identifying and characterizing allergens in legume proteins, little is known about the allergenicity of chickpeas and to date, no particular structure or sequence can be described as being solely responsible for the allergenic potential of chickpea. This research aims first to determine the specific proteins that are responsible for the allergenicity of chickpea in humans. Secondly, it aims for identifying common peptide(s) units within these allergens in order to enable a better treatment for chickpea allergenicity. This will allow the development of specific and more efficient technological approaches to decrease, or even eliminate its allergenicity. This process is extremely important since the exposure to chickpea-based foods is constantly increasing at this time.