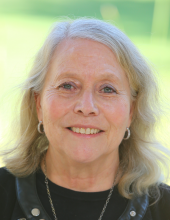 Cancer is one of the leading causes of death in the Western world including Israel. The role of diet in modulating cancer risk is a well-accepted concept, and natural compounds which have been proven safe over time and easily accessible through the diet represent ideal candidates as chemopreventive agents for the effective reduction of cancer-related morbidity and mortality. Professor Betty Schwartz's laboratory has searched for numerous agents present in foods that can act as chemopreventive agents and exert their activity on multiple signal transduction, transcriptional regulation and activation of several apoptotic cascades in various tumor cells and animal models of colorectal cancer or associated colon cancer (induced by inflammation of the bowel). Natural agents such as lycopene, isoflavones, allicin, omega-3 fatty acids, glucans, specific proteins etc. have been shown by us to possess chemopreventive potential. We have utilized molecular and chemical biology approaches, including in vivo in animal models and even human studies to ask well as hypothesis-driven strategies, to interrogate cancer biology, identify and validate new cancer targets, discover and develop chemical, molecular tools to identify nutrients acting on these targets, identify predictive and proved mechanism of action.

One of the projects searching for chemopreventive agents performed in my laboratory aimed to compare the chemical composition and antitumor-related activities of polysaccharide-extracts produced by the edible mushroom Pleurotus pulmonarius from mycelium grown in liquid culture (ME) or fruiting bodies (FBE), in vitro. In addition we determined whether orally administered of FBE and ME could attenuate or prevent the development of experimental colitis in mice and colitis- associated-colorectal cancer (CRC). The main goal of these studies were to advance the understanding of the medicinal characteristic of glucans harvested from the edible mushroom including anti- inflammatory and anti- carcinogenic properties and to learn about the mechanisms of action involved. We compared the chemical composition, anti-inflammatory and antitumor-related activities of ME and FBE glucans, in vivo and in vitro. Our findings suggest that these glucans are able to inhibit colitis, colitis-associated colon carcinogenesis through modulation of inflammation, cell proliferation and induction of apoptosis. These studies were conducted in co-operation with Professor Yitzhak Hadar’s laboratory. 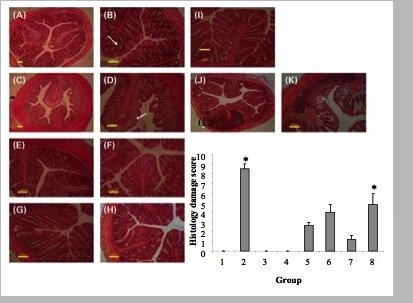 Fig. 1 Representative histological sections of colonic mucosa stained with haematoxylin and eosin showing the anti-inflammatory effects of glucan administration. (A and B) Control, non-dextran sulfate sodium (DSS)-treated mice showing the normal histology of the colon and normal crypt structure (group 1). ↓ Normal crypt. (C and D) DSS-only mice showing extensive intestinal ulceration with severe inflammatory cell infiltrate in the lamina propria and submucosa (group 2). , damaged crypts. (E and F) Colonic sections of high fruiting bodies extract (FBE) mice (no DSS) and high mycelium extract (ME) mice (no DSS), respectively, showing normal colonic mucosa, submucosa and muscularis propria (groups 3 and 4). (G) High FBE + DSS (group 5) and (H) low FBE ‏+ DSS (group 6) showing normal colonic structure and accumulation of goblet cells. A marked reduction in infiltration of inflammatory cells, as well as absence of ulceration, is seen in the treated mice. (I) Colonic section of high ME ‏+ DSS (group 7): normal architecture is retained and there is a higher proportion of goblet cells compared with control mice. (J and K) Low ME ‏+ DSS showing ulceration and inflammatory reaction involving the mucosa only (group 8). Compensation with connective tissue is shown. Bars =100μm. (L) Histology damage score. Extents of inflammation and crypt damage were evaluated and summed to give a total score. The histology damage score for control, FBE and high ME mice (no DSS) is 0. Values are means of three or five mice per group, with standard errors represented by vertical bars. * Mean value was significantly different from that of group 1 control mice (P<0.05).

Another project deals with the isolation and characterization of a mold-derived protein (ACTIBIND), bearing ribonuclease (RNase). This mold protein was firstly isolated in Professor Oded Shoseyov’s laboratory for plant-associated activities and tested in my laboratory in in vivo and in vitro models of cancer and proved to have antiangiogenic and antitumorigenic characteristics. This protein was crystallized and analyzed by our crystallographic expert associate in Ben-Gurion University, Professor OrnaAlmog. Sequencing this protein allowed us to identify a novel human homolog classified also as an RNase T2. A synthetic RNase T2 gene was designed, cloned, expressed and purified. This human RNase T2 exhibited similar antiangiogenic and antitumorigenic characteristics as the mold protein. Further development of this molecule for testing in humans has been transferred to a company [T2 BIOTECH Ltd (former name: Shaligal Promotion Ltd)], which aims at developing this T2RNase as a possible anticancer and antiangiogenic agent in humans, with a potentially high commercial value. We conducted many experiments to understand the molecular mechanism of action of selected peptides based on the RNase T2 molecule by joint M.Sc. and Ph.D. students.

The figure depicts that ACTIBIND inhibits MMP-2 expression and microvessel density and increases apoptosis in supermetastatic A375SM Human Melanoma xenografts. Immunohistochemical staining for the expression of CD31, MMP-2, and a TUNEL staining. In the ACTIBIND-treated tumors, a decrease in MMP-2 and microvessel density was observed, whereas the number of cells undergoing apoptosis (TUNEL) was increased in comparison with the tumors in the control group.

An additional avenue that we undertook is investigating the putative ameliorating effect of selected probiotics on inflammatory bowel disease and colon cancer. We isolated a novel high butyrate producing, non-pathogenic, putative probiotic bacterial strain from human colonic flora, identified as Enterococcus durans. Firstly, we characterized this putative probiotic and tested its role in amelioration of inflammatory bowel disease in a murine model and in an in vitrocompartmentalized co-culture model. The concerted effect of the probiotic and butyrate secreted components, each working via different mechanisms, seemed to optimize and potentiate the individual properties of each component of the novel probiotic.

In the search for effective anticancer agents from foods, we have studied the effects of vitamin D, allicin from garlic and phytoestrogens. Assessing the true impact of such constituents on human health is difficult since the bioavailability of active constituents is not known. It is becoming clear that these agents exert pleiotropic effects on tumor cells, affecting various molecules involved in proliferation, invasion, and metastasis of cancer. In this regard, we demonstrated that vitamin D bioavailability through binding to vitamin D receptor can be positively regulated by estrogen, and we clearly describe a mechanism involving the plasma membrane associated molecule caveolin-1. Next, we described the mechanism of action of purified allicin on apoptotic induction through the transcriptional pathway involving Nrf2.

An additional nutrient that we are interested in are omega-3 fatty acids, a project supported by the ISF demonstrated that modulation of the transcriptional activity of HNF-4α as a function of chain length and unsaturation of its fatty acyl-CoA ligands may account for the differential effects of dietary fatty acids on colon tumorigenesis. Their efficacy in modulating colon cancer development was expected to verify the role played by HNF-4α in transducing colorectal cancer suppression by (n-3) PUFA. We aimed to assess the impact of omega-3-enriched formula on the healing of existent pressure ulcers in critically ill patients and concomitantly evaluate the expression of tissue-homing membrane proteins in circulating white blood cells. We demonstrated that granulocyte and lymphocyte expression of several membrane proteins involved in transmigration into tissues was boosted by delivery of omega-3-enriched enteral formula to these patients.  A recent supporting manuscript on this topic has been published.

An additional issue that we are interested to investigate is the role of obesity in colorectal cancer (CRC). The incidence of obesity is increasing at an accelerating rate worldwide.  Obesity is widely recognized as an important risk factor for the development of some cancers, such as CRC. For every 2.4 unit increase in body mass index, CRC risk increases by 7%. Adipose tissue is a highly active endocrine organ that secretes a variety of molecules, collectively called “adipokines”, which are directly involved not only in the regulation of whole-body metabolism but also in inflammatory and immune responses. An important study conducted in our laboratory demonstrated that leptin affects processes related to colon cancer initiation and progression in colon cancer cells in vitro (paper 63, a highly cited paper). We conducted a series of studies in obese, insulin-resistant db/db mice, in fat-1 transgene coding for desaturation of (n-6) PUFA into (n-3) PUFA, in db/db crossed with fat-1 mice and in control mice. We conclude that suppression of intestinal HNF-4α activity by (n-3) PUFA may ameliorate diabesity-induced intestinal ontogenesis and offer an effective preventive modality for colorectal cancer. A very recent review on the role of obesity in colorectal cancer we published has impacted significantly and the immediate outcome was extremely positive remarks.

Obese adipose tissue is infiltrated by macrophages that participate in inflammatory pathways activated in the adipose tissue. Energy metabolism of tumor cells result from the interplay of the two main bioenergetic pathways, oxidative phosphorylation and glycolysis. Mitochondria are important organelles in cellular processes, including cellular respiration and energy expenditure, and programmed cell death (apoptosis). The nature of the metabolic networks that give rise to metabolic phenotypes that confer tumor cells oncogenic and metastatic properties, such as increased proliferation and the ability to avoid apoptosis, are still not well understood. Our goal in this area of research was to identify key molecular signals and interactions between adipocytes and colon cancer cells that may foster the genesis and growth of the latter. We found crosstalk mechanisms connecting inflammatory pathways to bioenergetic pathways. Linking both approaches may lead to a more complete picture relating obesity to colorectal cancer. Understanding the molecular mechanisms whereby obesity increases colon cancer risk is thus a focus for our research to be able to design more relevant strategies to prevent the increasing trend in obesity-related colon cancer.

Regarding studies concentrating on the wealth of the gastrointestinal tract and specifically the intestine we have recently focused in the disease Necrotizing Enterocolitis (NEC), which is the most common and severe intestinal inflammatory disease occurring principally in very low birth weight premature infants. We tried to elucidate the most important cellular mechanisms associated with the development of NEC. We specifically chose to focus in changes that took place at the tight junctions since based in the literature; we assumed that they have a decisive role in the pathological process associated with NEC.

We found that TIMP-1, a molecule naturally expressed in HBM inhibited Matrix Metalloproteinase-2 (MMP-2) activity, induced a significant increase in the expression of occluding. Additionally, we developed a label-free infrared surface plasmon biosensor with a double-chamber flow cell for live cell studies and successfully demonstrated the advantages of this biosensor by tracking the kinetics of intestinal cells layer response.

Additionally, we have recently initiated series of studies on the effect of Ostreolysin, a fungal protein that can specifically increase brown adipocyte differentiation, prevents weight gain, prevents fatty liver and ameliorates glucose intolerance as a result of high fat diet (HFD), therefore may be used as a future drug for obesity. We created a recombinant version of this protein (rOly). 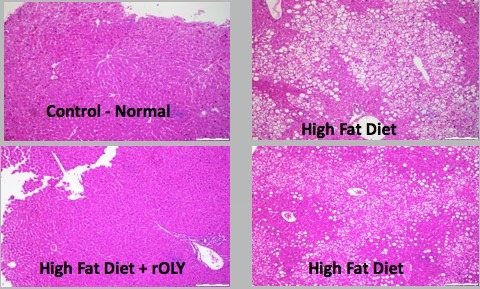