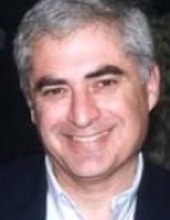 2005 – 2008 Director of Research Affairs and Chairman of the Research Committee, The Institute of Biochemistry Food Science and Nutrition, Faculty of Agricultural, Food and Environmental Sciences, The Hebrew University of Jerusalem.

2015 Member, Organizing Committee “The Next Generation of Food Innovation: “From Concept to Product”. The 1st Israeli Symposium on Innovation in the Food World. Tel Aviv, Israel.

Elected into Who’s Who in the World.

1994 Member of the Expert Committee on Tea, Ministry of Health, Israel

1992 Chairman, Future Foods and Food technology their impact on the Foodservice Industry. Foodservice Systems Beyond the Year 2000. Jerusalem, March 29, 1992

1988 - 1991 Member of The Program Committee, Institute of Food Technologists, USA

1986 - 1990 Member of the Editorial Board, Journal of Food Process Engineering, USA

1988 - 1989 Member of the Fish and Selfish Committee, The Refrigeration Research Foundation Washington, DC

1983/4, 1987 Member of the Editorial Board: “Food and Kitchen,” The Israeli Magazine of Institutional Kitchen and Food Industry, Israel

1981 - 1983 Chairman, The Israeli Association for Food and Nutrition Sciences, Israel